We will be meeting in Foxridge (behind 7100 Hunters Mill Rd) on Wednesday, July 4th at 6:30 pm to grill some hamburgers and hot dogs! We will hang out until about 9 pm, at which point we will head over to Blacksburg Municipal Park to view some fireworks! We can’t wait to celebrate with you!

I was watching a video series with Ben Stuart (if the name sounds familiar, it’s because it is – he did the breakaway series on dating) about the Song of Songs. I was excited because I had heard this section of the Bible was awesome, and I think Ben is pretty cool too. So really I just started watching it because Ben was teaching. And also apparently he is not at Texas A&M anymore so that’s shocking. I must keep tabs on his future endeavors.

During the third episode, centered around the wedding night (yaaasssss), something really hit me. I cried actually because I was so hurt and upset. Eve was the last creation of God. And let me tell you, it was not an afterthought. He didn’t forget to make her earlier and was like “oh crap! Eve is due at 11:59PM and it’s 11:34. Better get on that.” He didn’t rush, He saved her for last. He created the Woman last because it was His final masterpiece.

“The female form was the pinnacle of God’s creation, there is nothing in creation more beautiful.” That’s the thing that sent me to tears. Because every single woman has insecurities, some run deep. Every woman is told they are not “enough” (skinny, curvy, smart, bold, polite, strong, etc.) or they are too much of all of those things. That makes me mad. What an awful, but not surprising, thing for the enemy to do. To take what God has created as the pinnacle of beauty and to tell every woman (who the Lord designed to live in this identity) and tell her she is not worth it, or not beautiful enough. GRRRRRR.

NO. You are beautiful in every way and even still God has given each of you fantastic traits and quirks that bring me joy every day and I KNOW for sure He delights in each of you because He created you “last.” You are the pinnacle God’s creation. Mountains and sunsets ain’t got nothin’ on you, my dear.

So the main update on what God is healing in my life is a broken sense of reality for my own self-respect, worth, and beauty in my eyes. Because it’s easy to say God thinks I’m beautiful so I am, but it is another battle to feel it in your own heart. I can already tell this will be a long and slow process but that’s good because that’s where permanent change can take a strong grip. And since this grip is God’s grip, I know it will endure anything. Side note: cried twice writing this because I felt it so strongly and I have been praying that His message is received in your hearts. Additionally, in Reckless Love it says there’s no wall He won’t kick down, no lie He won’t tear down, coming after me (and you). So He’s coming for us. 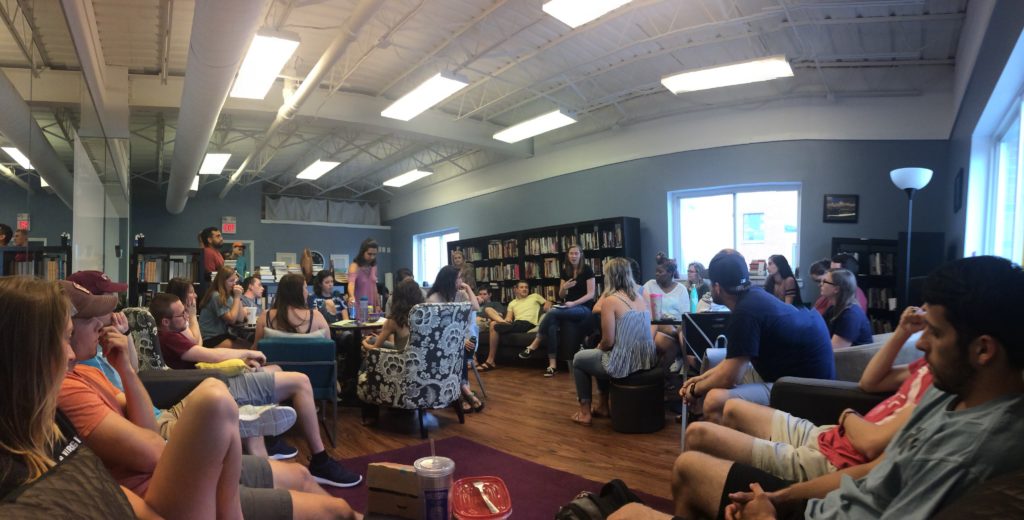